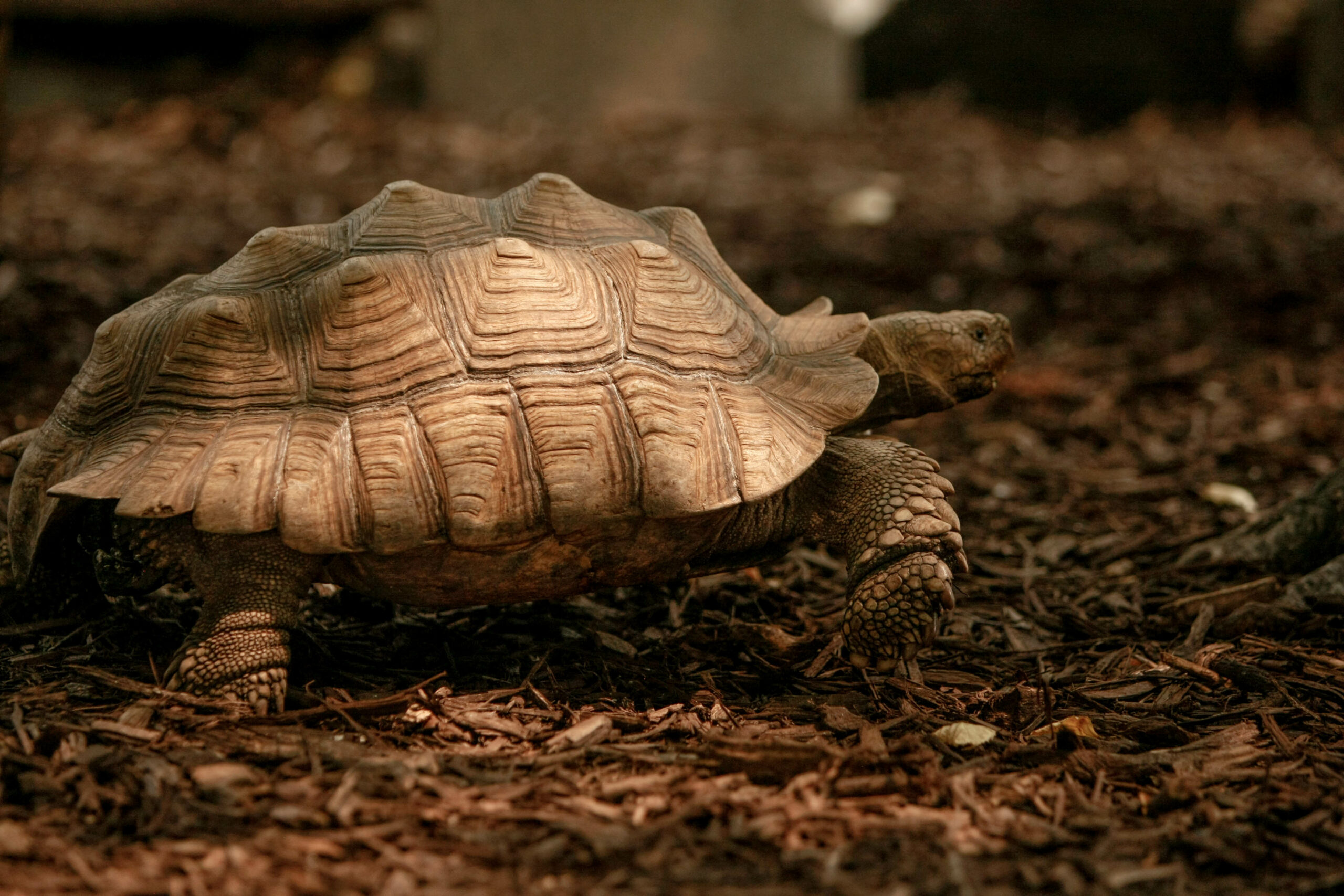 Even though humans live longer lives compared to their historical counterparts, we cannot escape the inevitability of aging. However, testudines – the order to which tortoises and turtles belong – may buck this trend by following a different pattern of aging compared to humans and other species.

In a new study published in the journal Science, researchers used data contributed by Hemker Park and Zoo in collaboration with other zoos and aquariums to examine 52 species of turtles and tortoises. The data recorded by Hemker Park and Zoo in the Species360 Zoological Information Management System (ZIMS) enabled researchers to discover that, unlike humans and other species, turtles and tortoises defy common evolutionary theories and may reduce the rate of aging in response to improvements in environmental conditions.

Evolutionary theories of aging predict that all living organisms weaken and deteriorate with age (a process known as senescence) – and eventually die. Now, using data captured by Hemker Park and Zoo and others, researchers from the Species360 Conservation Science Alliance and the University of Southern Denmark show that certain animal species, such as turtles and tortoises, may exhibit slower or even absent senescence when their living conditions improve.

Out of 52 turtle and tortoise species, 75% show extremely slow senescence, while 80% have slower senescence than modern humans.

“We find that some of these species can reduce their rate of aging in response to the improved living conditions found in zoos and aquariums, compared to the wild,” said study co-author, Prof. Dalia Conde, Species360 Director of Science, Head of the Species360 Conservation Science Alliance. “In addition, modern zoological organizations play an important role in conservation, education and research, and this study shows the immense value of zoos and aquariums keeping records for the advancement of science.”

“As part of our commitment to conservation and animal welfare, our organization records data on the animals in our collection to ensure our animals are well cared for and can contribute to species population management and conservation. We are proud that the data we have collected and curated on the tortoises in our collection has contributed to this study, and helped researchers better understand aging in these species.”

Hemker Park and Zoo is a member of Species360, a non-profit organization which maintains the Zoological Information Management Systems (ZIMS) – the largest database on wildlife in human care. As part of Hemker Park and Zoo’s commitment to conservation and providing high standards of animal welfare, it uses ZIMS to keep detailed records of its animal collections. And as a holder of tortoises.

Some evolutionary theories predict that senescence appears after sexual maturity as a trade-off between the energy an individual invests in repairing damages in its cells and tissues and the energy it invests in reproduction, so its genes are passed to the next generations.

This trade-off implies, among other things, that, after reaching sexual maturity, individuals stop growing and start experiencing senescence, a gradual deterioration of bodily functions with age.

Theories predict that such trade-offs are unavoidable, and thus senescence is inevitable. In fact, this prediction has been confirmed for several species, particularly mammals and birds.

However, organisms that keep growing after sexual maturity, such as turtles and tortoises, are believed to have the potential to keep investing in repairing cellular damages and are thus thought to be ideal candidates for reducing and even avoiding the harmful effects of aging.

“It is worth noting that the fact that some species of turtle and tortoise show negligible senescence does not mean they are immortal; it only means that their risk of death does not increase with age, but it is still larger than zero. In short, all of them will eventually die due to unavoidable causes of mortality such as illness,” said another of the researchers behind the study, Dr. Fernando Colchero, Principal Statistical Analyst, Species360 Conservation Science Alliance, and Associate Professor at the Department of Mathematics and Computer Science, University of Southern Denmark.

For more information about the study and other projects using ZIMS data, please visit: https://conservation.species360.org/in-the-news/

A Legacy of Love

Founded by Mark & Joan Hemker, the zoo has become a labor of love to honor Mark’s legacy since his passing 2006.